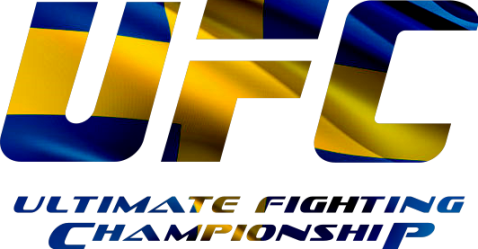 The Ultimate Fighting Championship makes its first venture into Sweden with an exciting card that will be seen by millions across Europe and maybe two hundred thousand people in the United States. I’m one of the many who doesn’t have Fuel TV so I won’t be able to watch it live. The eyes of the MMA world will be on Alexander Gustafsson, who many expect to emerge as a future challenger for the light heavyweight title and some even feel he is the heir apparent to Jon Jones’ crown.

Damacio Page vs. Brad Pickett: I know that Brad Pickett is the favorite, but I personally haven’t seen him as a world beater. Page has a sharp killer instinct that I believe will overwhelm Pickett and end the fight. Winner: Damacio Page via TKO 2nd Round

Diego Nunes vs. Dennis Siver: Nunes has never been finished in a fight, but has difficulty outside of his comfort zone. Siver is a lot stronger and has a powerful stand up which I think will make all the difference in this fight. Winner: Dennis Siver via unanimous decision

Siyar Bahadurzado vs. Paulo Thiago: Thiago has got this all day. He is as tough as nails and Bahadurzado’s stand up game won’t be enough to handle the grinding onslaught from the Brazilian SWAT team officer. Winner: Paulo Thiago via unanimous decision

DaMarques Johnson vs. John Maguire: A welterweight clash with no real implication for the division. I see Johnson being able to avoid the takedown and pick apart Maguire on the feet but he will have to fight for every avoidance. Winner: DaMargues Johnson

Brian Stann vs. Alessio Sakara: Sakara will beat average fighters, but he never defeats anyone with name value. Sakara has better striking technique. Stann’s stand up is improving, he hits a lot harder and can take the fight down if need be. Winner: Brain Stann via KO

Alexander Gustafsson vs. Thiago Silva: A year ago I would have made Thiago Silva the favorite, but a false human urine sample changes things. Silva will be a different fighter if he took steroids the entire career since this will presumably be his first time off of them. If a back injury 45 days before his last fight caused a one time lack of judgment is the honest to goodness truth, Gustafsson will have all he can handle and then some. Silva goes for the finish like a shark goes for blood, but cage rust may be a factor. Alexander Gustafsson is being primed to be the next big thing and will need to survive the early storm like he has done in previous fights if he wants to avoid being the next big bust. The Arboga, Sweden native headlines the fastest European sellout event in the history of the UFC as 15,000 fans will jam pack the Ericsson Globe Arena to cheer on their fellow compatriot. Gustafsson’s boxing is some of the most dominant that we have seen in the Octagon. He is good at keeping wrestlers at bay with crisp counter punching and effective ground and pound. Silva presents a different ground assault with his elite Brazilian Jiu-Jitsu. The longer the fight goes the better it is for Gustafsson and he has more weapons in his arsenal to dictate the pace of the bout. Winner: Alexander Gustafsson via unanimous decision

Here are some thoughts on Shaq’s match this evening on AEW Dynamite.
Thoughts on the New Japan’s IWGP Title merger at Ringside Logic - https://wp.me/p1E9B6-43g
My thought on Bobby Lashley’s WWE Title win is up at Ringside Logic. https://tinyurl.com/2msjt5kw
I'm NEVER lucky enough to get chase figures. So imagine my surprise when I opened the latest Pro Wrestling Crate!
10 Matches for People Who Don’t Watch Wrestling
Sasha Banks just hit Boba Fett with a tornado DDT on #TheMandalorian . I can’t believe this is real life. #ThisIsTheWay
Follow Ringside Logic on WordPress.com