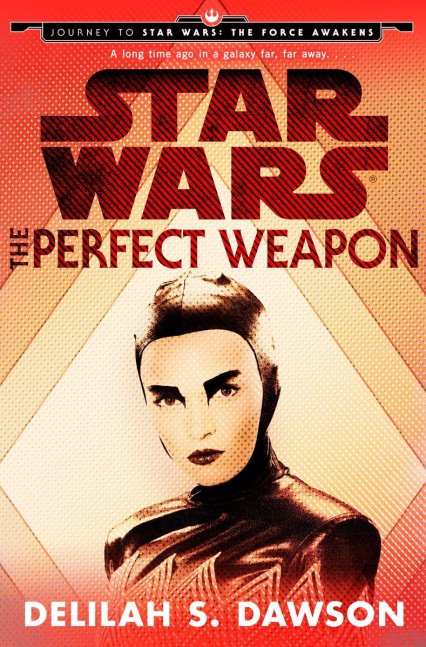 If you’ve been keeping up with all of The Force Awakens coverage, you might have noticed a picture of a woman amongst what appears to be a bunch of pirates. She is wearing a black skull cap, black lipstick and leaning comfortably against a rather large alien.

Her name is Bazine Netal, and she just might be the most deadly mercenary in the galaxy.

The Perfect Weapon is an exclusive eBook and short story set shortly before the upcoming film’s events. Bazine is hired by an anonymous client to locate an ex-Stormtrooper and recover a mysterious package he’s safeguarding. 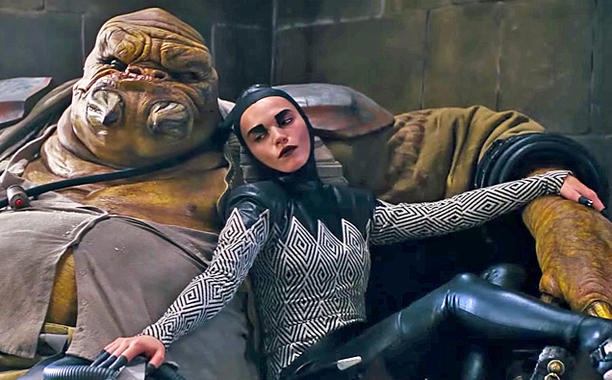 Payment is said to be astronomical, but the dangers of the job are just as high.

Delilah S. Dawson does a fantastic job of helping the reader get to know this unapologetic and extremely efficient gun for hire. Bazine is highly skilled, can break into any facility, and disappear like smoke. She is a professional in every sense of the word who is only concerned with getting results and getting paid.

The literary flow makes for a rather easy read that moves at a nice pace. From fisticuffs to weapons, Baine’s combative abilities are explored in great detail and comes off as a study on how to incapacitate an opponent. Bazine’s cold and calculating demeanor might sound dull, but her quick wit and ability to look beyond the obvious makes her anything but.

Dawson made this an extremely interesting read that truly feels like Star Wars. This is an accomplishment in its own right, considering this is a character that, besides this book, has had no presence in the marketing of the movie. Maybe she’s the next Boba Fett, or perhaps she is a glorified extra.

Despite how awesome this book is, the ending will absolutely leaves a lot to be desired. On the one hand, it perfectly fits the character, but it left some key elements unresolved that I really wanted to be answered. Perhaps elements will play a role in the film, but we won’t know for sure until December 18th.