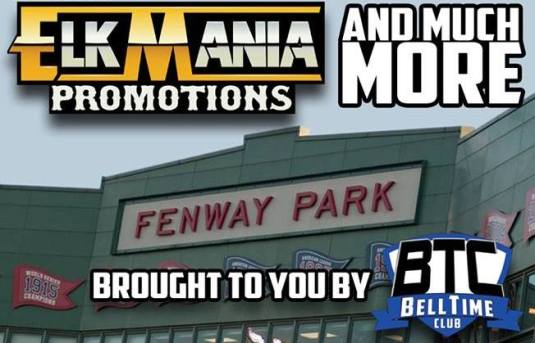 WWE may have declined Fenway Park’s invitation to hold a wrestling show, however, “Wrestling All-Stars of New England” has happily taken them up on their offer. This Sunday there will a live professional wrestling show at the historic ballpark as a part of the El Mundo Latino Family Festival. And I get to be a part of it!

The wrestling portion of the festival is being produced by the Bell Time Club training center in Wakefield, MA and I will be the play-by-play commentator for the event. If that’s not good enough, the wrestling promotion that I run, ElkMania, will be represented on the show.

This will be the second consecutive outing where the finest in New England wrestling comes together to help provide a fun time for all. Before that, the last time wrestling found its way to the green monster was on June 28, 1969. On that night, 17,000 fans saw two all-time greats battle it out as Bruno Sammartino defeated Killer Kowalski to retain the WWWF title.

legendary names such as George “The Animal” Steele, Captain Lou Albano and The Sheik have also wrestled on this stage. On Sunday, ElkMania Promotions’ Bay State Champion, Derek Simonetti, will add his name to that list. He’s issued an open challenge to defend the title against any and all challengers.

On top of everything else, ElkMania promoter and ring announcer extraordinaire Ryan Andrews will be the man on the microphone inside the ring.

Wrestling has provided me the opportunity to do a lot of cool things. Fenway is right up there with some of the best, not only because I’m booked but because the ElkMania flag will be flying high. This is a testament to all of the hard work that Ryan, Todd and I have put into promoting and putting on shows over the last five years. I also have to thank NCW promoter John Casey for helping me get my voice out there.

I’m really looking forward to this all-wrestling weekend. I’ll be doing commentary on Night 1 and Night 2 of NCW’s Ring of Thrones tournament, then it’s off to Fenway Park the following day, which will have matches featuring wrestlers I’ve never seen before. Man, I might not have a voice when it’s all said and done. 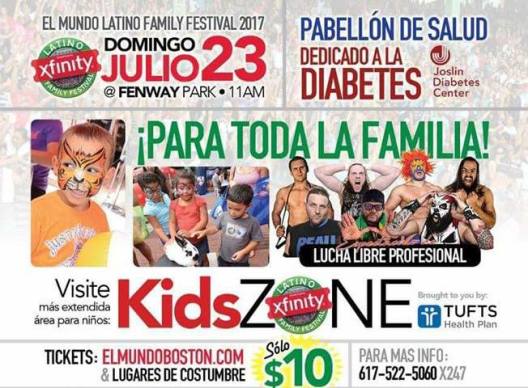 El Mundo Latino Family Festival is an all day event that will feature diverse activities offered by more than 50 exhibitors who will provide attractions for all ages. Games, face painting, clowns, sports activities, interactive demonstrations and the opportunity to meet and greet celebrities and super heroes, will make that day a memorable memory. Doors open at 11:00 am and tickets are $10.00.