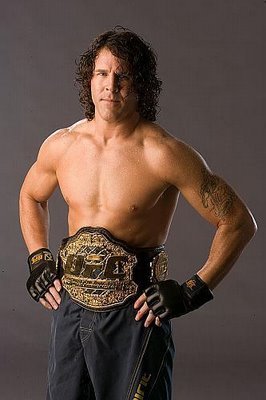 The MMA community received sad news as it was reported that 39-year-old Evan Tanner was found dead in the desert area of Palo Verde, California. Hearing this news, I thought back to the time I met Evan Tanner at UFC 45 in 2003. This was a time when only the sports biggest stars had a shred of mainstream popularity. I was in the Mohegan Sun lobby watching legions of fans looking to meet UFC legends such as Royce Gracie and Ken Shamrock. As I was at the merchandise table, I noticed Evan Tanner walking about as he took in the atmosphere. No one was talking to him or asking for his autograph. At first, I was not going to talk to him; I figured the big, bad ultimate fighter would not want to be bothered. Then I remembered hearing MMA fans talk about how approachable the fighters are, so I decided to talk to him. Evan Tanner was very personable and down-to-earth.

Tanner made his middleweight debut against Phil Baroni, who the UFC was pushing as the top attraction in the division. Tanner was the betting underdog as many felt this would be a showcase fight for Baroni despite Tanner being a top light heavyweight contender. I asked Evan about his cut to 185 lbs, and he told me the majority of the weight came off easily except for the last three pounds, which were very hard to shed. As we started talking about some of the other fights on the card, Phil Baroni walked through the lobby with a five-person entourage surrounding him as he listened to his mp3 player and sported a grey Everlast jumpsuit. While everyone within a ten-foot radius was in awe of the spectacle of Baroni’s entrance, Tanner paid no attention to it and continued talking to me about the fight card. When we ended our conversation, Evan Tanner became one of my favorite fighters. He seemed to be a good person who was easy to talk to. That night Evan Tanner defeated Phil Baroni with a controversial stoppage due to Baroni claiming he did not verbally tap out. Tanner erased the memories of the first bout when he defeated “The New York Bad-Ass” via a unanimous decision at UFC 48 in June of 2004.

Evan Tanner went on to defeat Robbie Lawler via first-round submission at UFC 50 in October of 2004. Tanner was set to face the then highly regarded David Terrell at UFC 51 in February of 2005 for the vacant middleweight title. It was obvious that Zuffa was banking on David Terrell to defeat the grizzled veteran. Terrell was awarded a title shot after one fight, and the promotion bought his fight contract from the Pancrase promotion in Japan. Evan Tanner made good on his second UFC title shot as he defeated “The Soul Assassin” to become the middleweight champion. It was a great thing to see – Tanner’s victory proved that hard work pays off. Tanner dropped a split decision loss against Kendal Grove in his last fight on June 21, 2008.

Over the last few years, Evan made his trials and tribulations public on his myspace blog and website. He took two years off from fighting to travel, while others say he was trying to exorcise his personal demons. No matter the situation, Tanner did things his way. In my opinion, you have to respect someone who will take advantage of the quests that life throws their way, no matter what anyone else may think. The Amarillo, Texas native, was a true warrior, and he will be remembered for his kind spirit and generous nature instead of his accomplishments in the cage. My prayers go out to his family and friends as he will be deeply missed by all mixed martial arts community members.

“I will do nothing lightly. When I walk, I will walk heavily. When I fight, I will fight with conviction. When I speak, I will speak strongly. When I feel, I will feel everything. When I love, I will love with everything.”

Below is the trailer for the Evan Tanner documentary titled ‘Champion.’

“College dropout, adventurer, seeker, traveler, ditch digger, dishwasher, cable tech, concrete worker, steelworker, salad prep, busboy, ski resort security, ski resort rental shop technician. I’ve worked in a slaughterhouse. I’ve been a landscaper. I’ve done drywall, tile, countertops, wood flooring, roofing. I have been a plumber, worked as a bottle collector at a bar, a bouncer, a doorman, ahead of a security team. I have been a basket room clerk, a carpenter, a framer building beach houses, a truss builder. I’ve lived on a farm. I’ve lived in the city. I’ve earned money mowing lawns, selling on eBay, and fighting. A teacher, a trainer, and a coach sometimes. There was a time when I was younger that I didn’t know any better than to be a liar, a cheater, and a thief. I have since learned to despise those things. I have had great friendships. I have had great loves. I have been a lover. I have been a son, a brother, and a friend. And I was once a world champion.”