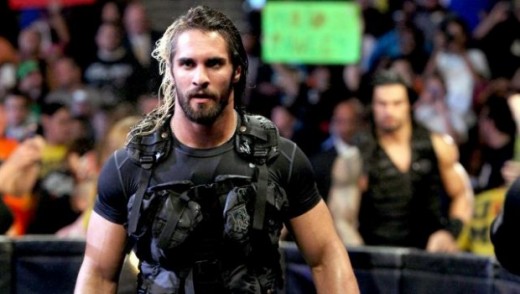 Seth Rollins was the catalyst for the heel turn heard round the world on Monday night. The Shield’s domination of Evolution at WWE Payback was their Mount Everest. As a trio, there was nowhere else to go but down. Divorce was inevitable, and Rollins served the papers via a steel chair to the back. The hounds of justice are presumably no more and the end result begs the question; was Seth Rollins the right guy to break up the band. Yes, he was.

On the surface, Reigns and Ambrose are better suited for the turncoat role, but Rollins needs it more. Predictions of a post Shield world place him in limbo while his colleagues are destined for stardom. Rollins is a high flyer and heels of this model are hard to come by because traditionally, the flash and showmanship of their maneuvers undermine the danger a villain is supposed to present. However, Rollins is anything but traditional. His aerial offense has an intensity and presentation that makes the former ROH headliner a serious threat. Unlike the Boom Drop, Rollins’ moves look tailor made to punish.

One of the reasons why the turn came off so well is because it was the least suspecting Shield member who pulled the trigger. Also, while there was never a defined leader of The Shield, Rollins’ emerged as the figurehead. Therefore, his deception delivers that emotional heartbreak, especially since he always referred to Reigns and Ambrose as brothers. On the 3/3/14 episode of Raw, Rollins walked out on The Shield during their match with the Wyatt Family stating “I can’t be the glue that keeps this together” so from a continuity perspective,  he was the chink in armor all along.

The rub that Seth Rollins will receive from his association with Triple H and Randy Orton is going to serve him well. Those who feel otherwise need to remember that we only see these wrestlers a couple of times a week on television. WWE works with these talents day in and day out. They clearly see something in Rollins that some don’t and we would be wise to trust them since they’ve done nothing but good by him. Plus, think back to the times where we got it wrong. Ted DiBiase was supposed to rise like a phoenix from the ashes of Legacy and John Morrison was destined to headline WrestleMania, not The Miz.

WWE has kicked off the summer with a bang. This story line can go down many different paths and it will be interesting to see where it goes. Is The Shield really done? If not, do they replace Rollins with a new member? If so, who? The possibilities are endless, but no matter how the angle turns out, the talented Seth Rollins will come out smelling like roses.