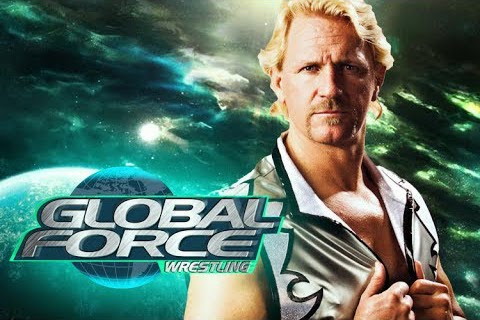 Hell froze over last Wednesday when Jeff Jarrett entered the ring on Impact Wrestling while wearing a t-shirt of his own start-up promotion, Global Force Wrestling. The TNA founder announced his participation in the King of the Mountain match to be held at the Slammiversary, which he ended up winning.

This is all very intriguing considering Jeff Jarrett left the company on poor terms.

The conflict goes back to 2009 when Jarrett, who was the head booker/writer at the time, lied to principle owner Dixie Carter, about his relationship with Karen Angle, whom he is now married to, and the ex-wife of Kurt Angle, who is only the biggest star in the company.

Jarrett was sent home by Carter for over a year, lost all of his authority behind the scenes, and, upon his return, ended up wrestling Angle with their real life feud awkwardly steering the direction of their on screen rivalry. Jarrett was phased out shortly thereafter and left the promotion at the end of 2013.

GFW has scheduled a set of TV tapings for July 24 in Las Vegas even though their search for a television deal has come up empty. With Destination America having canceled TNA Impact Wrestling effective at the end of September, the odds for a maiden voyage or survival are not in favor of either party.

So, what does Jeff Jarrett’s return really mean?

Most likely, it’s a tale of two companies that are barely treading water and using each other as life preserver. Speculation is running rampant with the ideas of an invasion angle or a change in ownership from Carter to Jarrett being the most prevalent theories.

In 2001, wrestling fans all over the world were feverishly excited about the WWF invasion angle with WCW, before it was botched beyond belief. WCW had a rabid fan base that favorably preferred their brand of wrestling.

GFW has been in existence, in name only, for a little over a year. Up until three weeks ago, they held the first of only two shows to date. They aren’t established and have no identity as a promotion which will make it a difficult task to gain an invested audience.

A transfer of ownership can be a double-edged sword because Jarrett couldn’t make TNA work on his own and went to Panda Energy who purchased controlling interest of the company. Jarrett still maintained creative control for many years, and while there were some bright spots with the X-Division, he kept himself on top for way too long and made a lot of convoluted booking decisions.

The only thing of value is that TNA owns is its acronym, Total Nonstop Action. Sadly, it’s also a hollow asset because the name is tainted beyond repair in the eyes of wrestling fans, insiders, and television executives. A fresh coat of paint with the glowing green motif of Global Force Wrestling could be the answer.

If any of this comes to pass, the question becomes whether or not Jeff Jarrett has learned from his mistakes to the point where he can produce a product that appeals to the masses in 2015? My gut hesitantly says yes.

His recent partnership with New Japan Pro Wrestling brought their annual Wrestle Kingdom event to North American pay-per-view for the first time this past January. This shows that Jarrett is willing to foster inter-promotional relationships for the sake of his product while creatively thinking outside of the box.

At the end of the day, this is a roll of the dice that means very little for TNA and a lot for Global Force Wrestling. Jeff Jarrett will only have one shot to make a first impression. While achievement is possible, it will be a treacherous uphill climb to the mountain top.