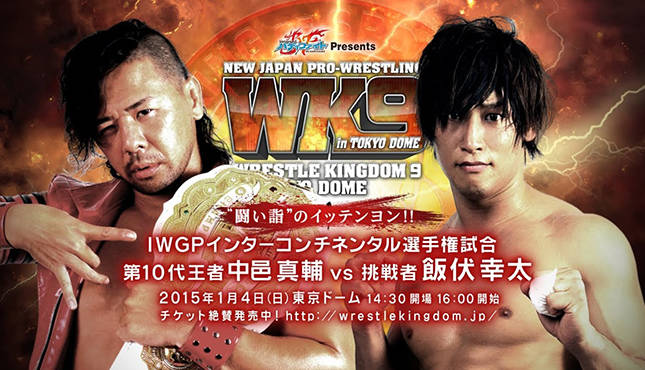 For twenty-three years, Bret Hart vs. Stone Cold Steve Austin from the 1996 Survivor Series was my favorite wrestling match of all-time. That all changed on January 4, 2015, at 5:30 A.M. EST as the IWGP Intercoientlal Title was defended in the co-main event of New Japan Pro Wrestling’s preeminent show, Wrestle Kingdom 9.

I’ve been a casual fan of New Japan since the mid-’90s. Through internet tape trading, I would often see the promotion’s marquee matches weeks or even months after they occurred. Five years ago, New Japan was in the midst of a resurgence that got fans excited. The company’s streaming service debuted within that time and American fans had the opportunity to watch Wrestle Kingdom, for the first time, live.

I had seen Nakamura wrestle for the first time at a 2011 New Japan show in NYC. I was thoroughly impressed with his in-ring style but I was unfamiliar with his character. Wrestle Kingdom served as my introduction to Kota Ibushi and knew absolutely nothing about him going into the match. The show was already great and I assumed that Nakamura in the second to last match against anyone had to be good. 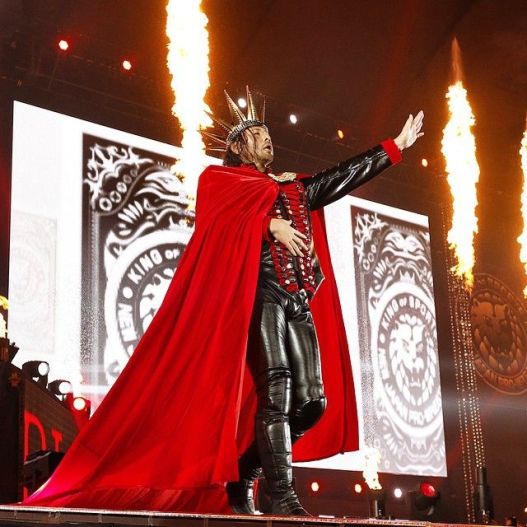 So, why do I love this match? Well, for starters, Nakamura came to the ring dressed as a combination of Freddie Mercury and the Statue of Liberty. The attire was Nakamura’s flamboyant way of proclaiming himself the King of Strong Style. The story going in was simple. Ibushi was a newly minted heavyweight coming up from the junior heavyweight division. He assaulted Nakamura two months earlier and challenged him to a title match.

Ibushi got into Nakamura’s head early, mocking him at every turn. Nakamura missed the Bom A Ye knee and received a dropkick in the back. Ibushi hit Nakamura with some of his own signature moves including the good vibrations kick in the corner. Nakamura regained control and pumbled Ibushi with every type of knee strike imaginable. Nakamura slapped Ibush a few times and followed up with a backstabber.

Ibushi landed on his feet from a Nakamura suplex, delivered a hurricanrana and followed up with a moonsault off the top rope and to the floor on Nakamura. Back in the ring, one roundhouse kick from Ibushi appeared to knock Nakamura out cold. I jolted out of my seat at that moment because I truly believed Ibushi hit him too hard and the match was going to be called early. Nope, I was wrong. It was a testament to how well Nakamura sold it.

What I thought was the move of the match came when Ibushi jumped up for a leapfrog, Nakamura slid underneath and Ibushi connected with a double foot stomp to the chest. It looked like something out of The Matrix. The real move of the match came when Ibushi climbed to the top rope, grabbed Nakamura, who was standing on the apron and threw him with a German suplex into the ring.

At that point, I was sold. This was officially my new favorite wrestling match of all time.

The finish came when Nakamura blocked a Phoenix plex attempt from Ibushi and delivered the following onslaught of moves. Head-butts, elbows, Bom A Ye knee to the back, a backstabber, a falcon arrow, and finished it off with a vintage Bom A Ye for the 1-2-3.

Shinsuke Nakamura vs. Kota Ibushi was a transformative experience for me as a wrestling fan. I went from a casual viewer to a full-on die-hard fan of anything carrying the red and yellow lion mark New Japan. Both wrestlers produced a twenty-minute masterpiece of personified action and excitement.

Honestly, I don’t think I’ll ever be able to properly articulate how much I love this match. I’ll always remember where I was the night Nakamura and Ibushi blew the roof off of the Tokyo Dome.