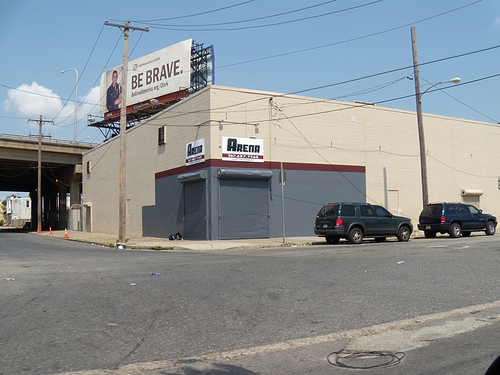 News has made the rounds that professional wrestling may have seen it’s last days at the Asylum Arena, formerly known as the ECW Arena. The word is that the building is under new management and EVOLVE will hold the buildings final wrestling show on 1/14/12. If wrestling ceases to exist in the arena, Combat Zone Wrestling (CZW) will be the biggest loser of them all. The majority of their events and all of their major events happen in that building. It’s a fact that Philly loves their wrestling but I wondering if it is time for the arena to move on?

Some of the greatest moments in the history of the business took place on 7 W. Ritner Street in Philadelphia, PA such as Tommy Dreamer being canned by the Sandman, ECW’s first PPV Barely Legal, Beulah telling Raven “It’s Tommy’s”, Shane Douglas shaking Gary Wolfe by his surgical halo, New Jack’s table dives, Guerrero vs. Malenko classics, the ascension of the human suplex machine, Taz and so many more. The thing is, I haven’t heard of one major thing CZW has done in the arena since they filled the void ECW left on 12/15/01. Yeah they have some ultra-violent matches but the thing is when ECW did something in that building: it set the wrestling world on fire. If New Japan Pro Wrestling ran a show in the arena in 1999, they would have turned away people at the door. Their first effort in the arena on May 15, 2011 drew 550 people.

Tommy Dreamer has shed tons of blood, sweat and tears in the arena and his insight is better than most. He wrote a column regarding the prospect of no more wrestling at the arena.

“Major news hit the wrestling world recently with the announcement that the former ECW Arena in South Philadelphia is closing. Apparently new ownership is coming in and its brass wants to make the arena a venue for larger events, such as concerts and the like. On top of that, they apparently don’t want to host professional wrestling or boxing shows there anymore.”