Another comic book film is in the books as Christopher Nolan’s trilogy spectacularly comes full circle. Whoever decides to work on this franchise next definitely has their work cut out for them. The story picks up eight years after the events of The Dark Knight. Gotham City relishes its peace, and Bruce Wayne lives as a recluse in Wayne Manor. He is older, with gray streaks in his hair, and gets around with a walking cane’s support.

Things get set into motion as Gotham comes under siege by Bane, played by Tom Hardy. This causes Bruce Wayne to dust off the cape and cowl, but he quickly learns he has been out of the game too long and pays the price for his lack of vision. Before winning the battle on the street, he first has to win the battle from within that reveals Gotham must fall before the Dark Knight can rise.

The movie did a really good job of melding various Batman comic book story arcs such as Knightfall, No-Man’s Land, and Legacy with just a dash of Son of the Demon. Gotham city gets the shit kicked out of it in a fashion that only Nolan could pull off.

The initial fight between Bane and Batman was done exceptionally well, from the first punch to its back-breaking conclusion. Hans Zimmer’s score was absent during this encounter and made the scene even better because it felt raw. It felt like I was watching a real, legitimate fight where Batman was in genuine danger.

If you’ve seen the movie Warrior, you know Tom Hardy is no stranger to fighting in movies. Those who felt slighted by the lack of a Venom oozing Bane will not be disappointed. The sound coming from the drive-through intercom on his mask was significantly improved from the seven-minute prologue released in December. There were a couple of moments where you couldn’t make out what he was saying, but they occurred when background activity clued you in to what he was talking about. 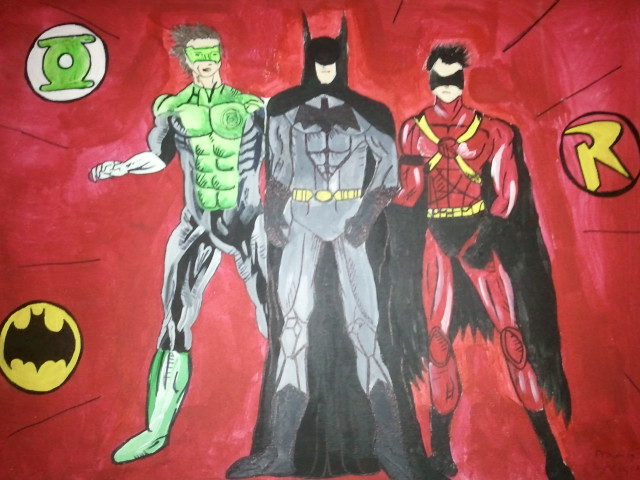 A lot of critics and bloggers are eating their words today as Anne Hathaway’s performance as Catwoman was the most surprising of the film. She nailed the essence of the character with her portrayal of a cat burglar and con-woman, an aspect of the character ignored in previous films and comic books today.

Joseph Gordon-Levitt as rookie cop John Blake is pretty much Batman without the resources of a billionaire. He is driven by loss and doesn’t want anyone to feel like he does. He cares about people and would give you the shirt off his back if need be. The usual suspects of Christian Bale, Morgan Freeman, Michael Caine, and Gary Oldman were spot on as always.

The name ‘Robin’ was dropped during the film. I’m not going to reveal how or why but it stirred up a lot of conversation. The mention of the name made me geek out like a little kid. Then, I started to think that it would have made more sense if the name Terry McGuiness was stated or even, Dick Grayson. After thinking about it, Robin was the appropriate direction to go in because that name resonates with everyone while the others don’t.

The big question everyone has been asking me is, “Is it better than The Avengers?” In my opinion, no. While TDKR is the most comic-inspired of the three films, This trilogy was meant to artistically illustrate how Batman would look if he was real. It’s more crime drama than comic-book adventure, and that’s ok. Batman’s character lends itself to multiple interpretations that can be entertaining to the masses. It is very hard to compare the two movies and there is no right or wrong answer no matter your opinion.

The Avengers put me on an extreme endorphin high that made me want to fight crime while I had to fight back tears as The Dark Knight Rises concluded. The journey Christopher Nolan took us on in 2005 with Batman Begins has ended and we may never witness anything like it again.

I’d be remiss if I didn’t mention the horrible and tragic shooting in Aurora, Colorado, during a midnight showing. I also went to a midnight showing, and I usually walk because the theater is less than a half a mile away from my home.

My wife always gets a little nervous because I’m walking outside, late at night, by myself. My male ego kicks in as I tell her there is nothing to worry about because I had that “It can’t happen to me” type attitude.

Well, 24 hours ago, we would all say a movie theater shooting can’t happen and now it has. I can’t believe that today, families are torn apart by someone so inconsiderate and selfish. It’s disgraceful.

In end, I hope this won’t deter people from seeing the movie or doing fun activities with your friends and family because if it does, the assholes win. My thoughts and prayers go out to the victims and their families.

One thought on “The Dark Knight Rises Review”