John Cena will return to in-ring action on December 30th and team with Kevin Owens to take on Roman Reigns and Sami Zayn.

END_OF_DOCUMENT_TOKEN_TO_BE_REPLACED

Some of the year’s biggest matches will occur this weekend at WrestleMania 38. It’s a fun time to reminisce on past Mania matches and think about those that never occurred. The Ultimate Show on the WWE Network booked the Ultimate WrestleMania Card.

The rules are you can pick any wrestler from any era who competed at a WrestleMania. Also, you can only use a wrestler once. So, I put my promoter’s cap on and created what I believe would be the Ultimate WrestleMania.

Since WrestleMania has been a two-night event for the last three years, I’m going to treat this card the same. Two nights, six matches each, and headlined by a blockbuster main event.

END_OF_DOCUMENT_TOKEN_TO_BE_REPLACED

WrestleMania 34 is this Sunday and my old crew got together and put together a podcast where we deliver our preview and predictions for the show. Frank Dee, Adam Kohn and I talk about all the matches, stories and rumors going into the biggest event of the year. Check it out! 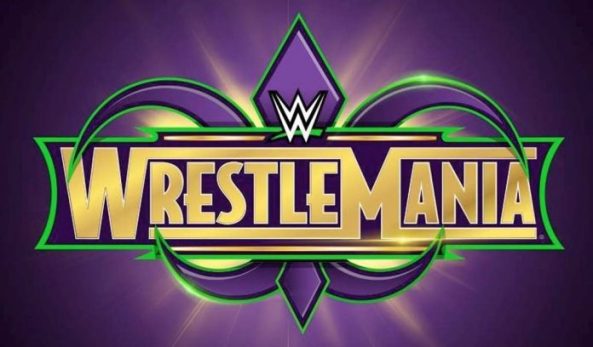 While there are still two more pay-per-view events to go, the card for this year’s WrestleMania is starting to take shape. Rumors and storylines on television lend credence to the matches that might transpire on Sunday, April 8 in New Orleans, LA. Let’s look at the scenarios that will officially occur on the grandest stage followed by those that are possible.

END_OF_DOCUMENT_TOKEN_TO_BE_REPLACED

Another year in professional wrestling has come and gone. As we look forward to the squared circle magic we will see in the New Year, 2017 had a lot of stellar matches.

New Japan Pro Wrestling delivered the goods in spades while WWE churned out some fun moments. ROH and the Independent scene are on fire like never before as a new era of wrestling is coming around.

All lists of this nature are subjective. My rankings don’t mean any more or less than anyone else’s rankings. These are my picks for the top wrestling matches of 2017

END_OF_DOCUMENT_TOKEN_TO_BE_REPLACED

Two weeks ago, Shinsuke Nakamura beat John Cena, clean, with one Kinshasa after Cena couldn’t get it done with two Attitude Adjustments. While their initial outing was a fun time had by all, it will ultimately end up being one of two things. Either the first step in making a new star or an attempt to revitalize a diminishing asset.  END_OF_DOCUMENT_TOKEN_TO_BE_REPLACED

John Cena vs. Shinsuke Nakamura will happen tonight on SmackDown Live and the winner will face Jinder Mahal for the WWE Championship at Summer Slam. This is an interesting turn of events because we’re getting a dream match on television as opposed to a pay-per-view event and everyone is wondering why.

Contrary to popular belief, not every first-time matchup is going to or needs to, occur at a major event. Raw and SmackDown are WWE’s two biggest revenue streams. Television content for the two programs needs to be solid in order for WWE to continue receiving rights fees from NBC Universal.  END_OF_DOCUMENT_TOKEN_TO_BE_REPLACED

It’s the biggest day of the year in professional wrestling as WWE unleashes the ultimate thrill ride, WrestleMania 33. The show will emanate from the Camping World Stadium in Orlando, FL.

Atlee Greene and Adam Kohn breakdown all 13 matches on the card including the Universal Championship Match between Goldberg and Brock Lesnar. Also, Randy Orton challenges Bray Wyatt for the WWE Championship.

The rumors are circulating that Undertaker vs. Roman Reigns could mark the last time the Deadman makes that walk down down the asile. If so, will Taker rule the day or fall to the Roman Empire?

Sit back, relax, press that play button and enjoy the show.

It’s WrestleMania week and the go-home editions of Raw and SmackDown brought about some clarity to this Sunday’s ultimate thrill ride. Seth Rollins signed the contract making his non-sanctioned match with Triple H official.

I found it funny that a half hour after the match was made, a video package aired highlighting their feud. We all knew that Rollins was going to sign on the dotted line, however, can’t the production of the show at least pretend to be surprised? I guess that doesn’t really matter because wrestling-isn’t-real.

The triple threat match for the Raw Tag Team Titles got quite the upgrade in what will now be a ladder match. Reigning champs Luke Gallows and Karl Anderson blindsided Ceasro and Sheamus and later did the same thing to Enzo and Cass.

Their weapon of choice? A ladder, which was completely random at first. Now, it makes perfect sense. This stipulation was a gift from the heavens for these six wrestlers because no one cared about this match beforehand. Now, it could steal the show.  END_OF_DOCUMENT_TOKEN_TO_BE_REPLACED

I have given WWE much flak for their lame attempts at comedy. Well, I’m eating my words today as they released on YouTube a four-part mockumentary of 80’s southern territorial wrestling called Southpaw Regional Wrestling.

Those who watched regional wrestling will enjoy seeing various WWE stars in a creatively comedic light. Some aspects are aggregated while others are hilariously accurate. The VCR filter, events at the county fairgrounds and autographs from the wrestlers at the local KFC augments the old school aesthetic.  END_OF_DOCUMENT_TOKEN_TO_BE_REPLACED