I’m late to the party with this one, but I wanted to write about my experience at Beverly Comic Con 2. Some of you might be thinking, what and where is Beverly? Well, Beverly is a city in Massachusetts. It’s about 30 minutes outside of Boston, boasts a population of approximately 39,000, and if you ask its citizens, she is the birthplace of the U.S. Navy.

This sounds like a weird place to hold such an event since most comic book conventions occur in major metropolitan areas such as Los Angeles, Chicago, Baltimore, Boston, and San Diego. Also, I grew up in Beverly, and for a long time, it was a place that, in my opinion, was allergic to fun. However, over the last five years, there has been a social revitalization that has been inspired by and celebrates art, music, and culture. END_OF_DOCUMENT_TOKEN_TO_BE_REPLACED 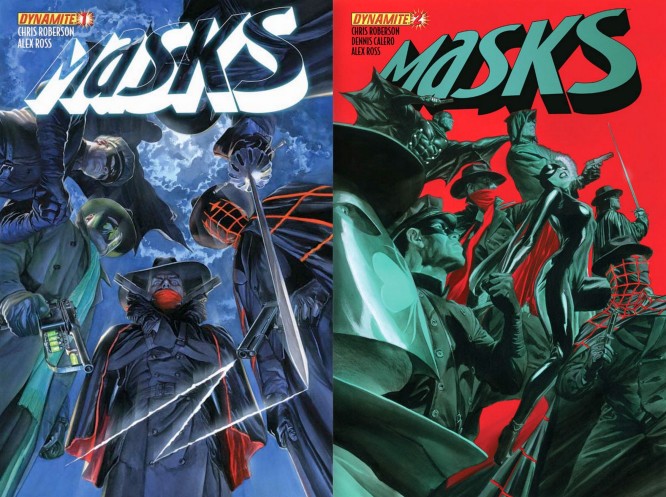 Dynamite Entertainment has been putting out some highly entertaining books over the last couple of years. Despite this, they don’t get too much love compared to the other independent publishers. There have been so many titles over the last twelve months that were razor close of being my pick of the week and it’s only fitting that the collaboration of Roberson and Ross finally brings Dynamite to the forefront.

END_OF_DOCUMENT_TOKEN_TO_BE_REPLACED

The “Death of the Family” story arc rolls on and The Joker has the entire Bat-Family on edge. Scott Snyder’s writing has done a wonderful job of accentuating the fear of our clown-faced villain. Every superhero has an arch nemesis, or ten, and despite the trials and tribulations, they are confident they will win the day.

END_OF_DOCUMENT_TOKEN_TO_BE_REPLACED

Last month’s Zero issue introduced the world to Calvin Rose, a former Talon of the Court of Owls who escaped their ranks.

END_OF_DOCUMENT_TOKEN_TO_BE_REPLACED

Geoff Johns pens a new two part story arc with Tony S. Daniel working the pencils in place of Jim Lee. We get some clarification on the kiss heard around the world in the last issue and then the action starts off swinging in a beautiful two page layout of Wonder Woman and Cheetah duking it out.

END_OF_DOCUMENT_TOKEN_TO_BE_REPLACED

All good things must come to an end and unfortunately, so does Greg Rucka’s run on The Punisher.

Of course, Rucka’s work with the character will continue in October with a five issue War Zone mini-series but it’s just not the same as this run brought a sense of conviction to Frank Castle that we have never seen before.

END_OF_DOCUMENT_TOKEN_TO_BE_REPLACED 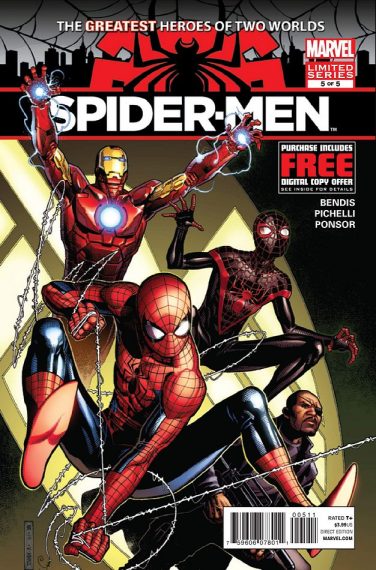 The charming tale of when Peter met Miles comes to a close, and guess what? Peter approves of the 13 year old web slinger. Of course, that’s not all that happens in this instant classic team up story.

Mysterio of 616 Earth will remain in the Ultimate Universe for the foreseeable future. Brian Michael Bendis weaves a grand finale that will have a lasting effect on all things Spider-Man.

Sara Pichelli’s work is top notch as always and Justin Ponsor’s coloring is the icing on the cake. The ingenuity of Bendis’ script is to be admired at the subtlety of certain character’s actions that heavily suggest this story is only over in the numerical sense.

If subtlety is not your thing, then the ending is anything but and the possible ramifications of it are endless.

Click here to read the rest of the column I wrote at Forces of Geek.com

The book may be titled “Batman & Robin,” but this series has always been about the pint-sized assassin, Damian. Over the last twelve months, we’ve seen the son of Bruce Wayne struggle with his morality. He was bred to be a masterful killer since the day he was born and has a hard time fighting the urge to kill.

END_OF_DOCUMENT_TOKEN_TO_BE_REPLACED

Act two of the Arrowed Avenger proves the outstanding story in the first issue was no fluke.

END_OF_DOCUMENT_TOKEN_TO_BE_REPLACED 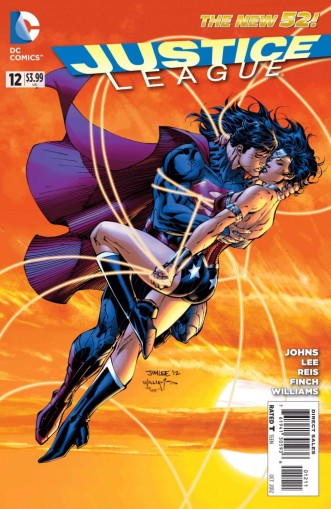 This is the issue everyone is talking about.

Superman and Wonder Woman make out and become a couple according to Geoff Johns.

The main story in the book serves as the conclusion of the Alan Graves saga. The League is able to battle back the ghosts of their loved ones, but the damage is already done. The world doesn’t trust them and Green Lantern quits, which makes complete sense if you read this month’s Green Lantern Annual. I