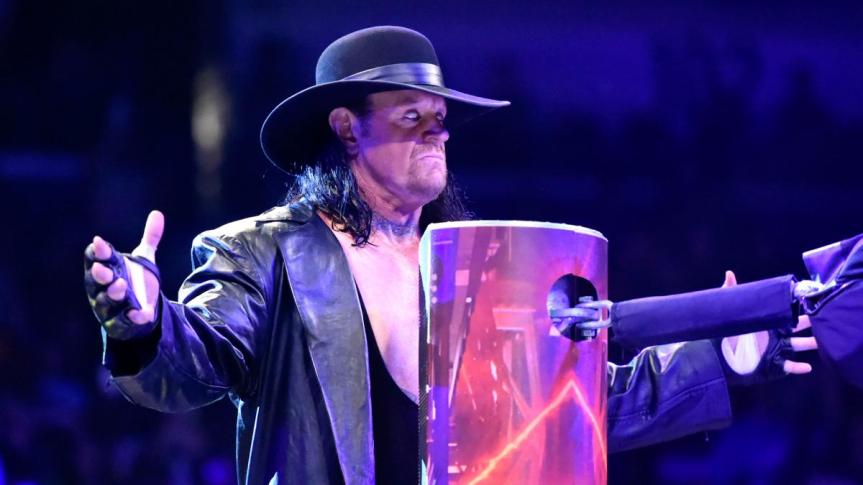 The Undertaker returned to Raw on Monday and announced that he would be entering the 2017 Royal Rumble. The announcement was made during the top of the show’s second hour where Stephanie McMahon threatened GM Mick Foley with the possible loss of his job if ‘The Deadman’ didn’t appear.

Raw emanated from New Orleans where the Phenom’s WrestleMania streak was broken. Undertaker mentioned this to a course of boos and followed up with that he’s dug 29 holes for 29 souls. Undertaker closed the segment by vowing to win the Rumble and return to the main event of WrestleMania.

This was an interesting appearance on a few fronts. Taker stated that he goes where he wants, wherever he wants, and that no one controls him, which heavily suggests that he’s not going to be tied to one specific brand.  END_OF_DOCUMENT_TOKEN_TO_BE_REPLACED 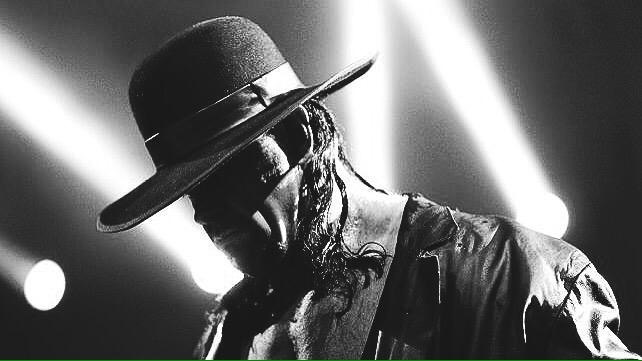 The Undertaker is tied with Bret Hart as my all-time favorite wrestler. While his dark side persona has gained him fame the world over, he represented something else to me. The giants of the squared circle often apply dastardly tactics while using their size advantage to steal victories. Taker started the same but quickly became something different, something more.  END_OF_DOCUMENT_TOKEN_TO_BE_REPLACED

Bret Hart is my all-time favorite wrestler and he was my inspiration for trying my hand at professional wrestling. The “Hitman” appeared at a pop culture convention last weekend and I was offered press credentials to cover the event.

I really wanted to meet him. So for the sake of professionalism, I declined the offer. I didn’t know when I’d have another chance to rub shoulders with the “excellence of execution” so in the words of Mike Pono “Dude, be a fanboy for once.”

The thing is, I know so much about his career, I was concerned that I wouldn’t have anything to say or ask. On the drive to the convention center, my wife assuredly stated “Its Bret Hart, I’m sure you’ll think of something.” END_OF_DOCUMENT_TOKEN_TO_BE_REPLACED

Frank Dee, Cassidy Ash and I sit down for a special edition of the Gerweck Report Podcast to breakdown and give our WrestleMania 31 predictions. WrestleMania takes place this evening with nine big matches with two of them taking place on the pre-show.

Can the Undertaker come back from his streak ending loss?

Will Roman Regins be booed out of Levi Stadium?

and so much more!

Check us out on ITunes ,Spreaker, Stitcher, Tunein and our clips are occasionally available on Youtube through TVTrax.

Traditionally, Survivor Series is one of WWE’s big four pay-per-view events. Debuting in 1987, the show featured primarily team elimination matches. Sadly, the fall classic has lost its luster over the last several years. The longtime fan in me will always have a soft spot for the event, especially when it aired on Thanksgiving night. 1990 is my favorite installment not only because it marks the debut of The Undertaker, but also because of the main event, The Ultimate Match of Survival. END_OF_DOCUMENT_TOKEN_TO_BE_REPLACED

Mount Rushmore is a national memorial in South Dakota featuring the four most iconic U.S. presidents. So, who should be on wrestling’s version of this historic landmark? There are only four spots that make almost any exclusion controversial. Personal preference, athletic skill, unforgettable moments, and overall impact on the industry are reasonable criteria for such a subjective topic.
END_OF_DOCUMENT_TOKEN_TO_BE_REPLACED

Written for Forces of Geek.com

WrestleMania 30 was a celebration of wrestling’s past and present that has plotted the course to an exciting and prosperous future. With new blood rising, the fall of a legend, and a hero’s conquest, this years “showcase of the immortals” is something we won’t soon forget.

The show kicked off with the familiar sound of Rick Derringer’s “Real American” as Hulk Hogan, this year’s host, welcomed everyone to the Silverdome and was quickly corrected by over 75,000 fans inside the Mercedes-Benz Superdome. The Hulkster took it in stride and talked about some of his greatest moments until he was cut off by the ominous breaking of glass and Stone Cold Steve Austin making his way to the ring. Austin and Hogan stare each other down in a surreal moment. This will always be considered the wrestling dream match that got away. Plus, their personal problems with each other are well documented. It was nice to see them be able to work together in such a capacity.

Austin pumped up the crowd with his verbal “Hell Yeah” hijinks until The Rock made his way to the ring. This was a true WrestleMania moment unfolding before our eyes as the three biggest names in the history of the business were in the same ring at the same time. Rock hugged both of them and gave them props for their contributions to the industry. He also put over John Cena, which unleashed some boo birds from the crowd, and quickly mentioned Daniel Bryan, which turned the jeers to cheers. Hogan closed it out with “Whatcha gonna do when Hogan, Austin, Rock, and the Super Dome run wild on you?” Hogan’s music hits, and the three icons share a beer in the ring END_OF_DOCUMENT_TOKEN_TO_BE_REPLACED 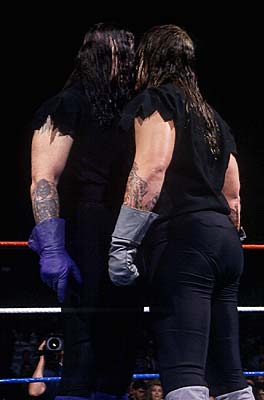 I thought that Undertaker vs. Undertaker was going to be the greatest match of all time. To say I was wrong is a huge understatement. The forgettable encounter at Summer Slam 1994 is remembered as one of the most horrendous main events in wrestling history. As a kid, I ate up anything and everything that wrestling had to offer, but this was a match that can’t be defended.

END_OF_DOCUMENT_TOKEN_TO_BE_REPLACED

The artists over at DeviantArt.com have produced some cool wrestling art work but their depictions cover all genres. If you think it, someone on this site has probably drawn it. Check out some of their images on this post and head on over to check out their catalog. 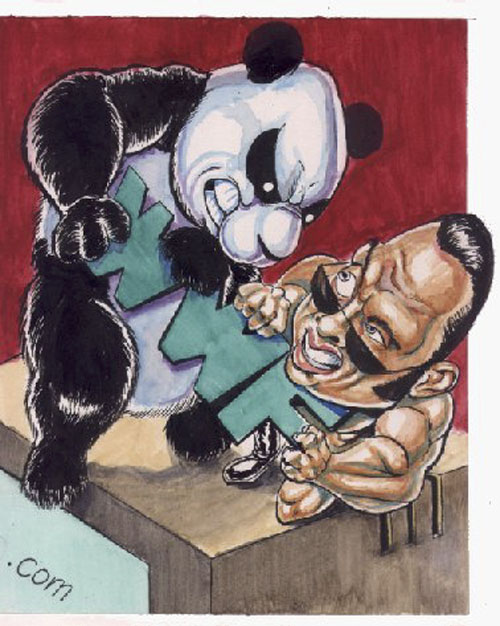 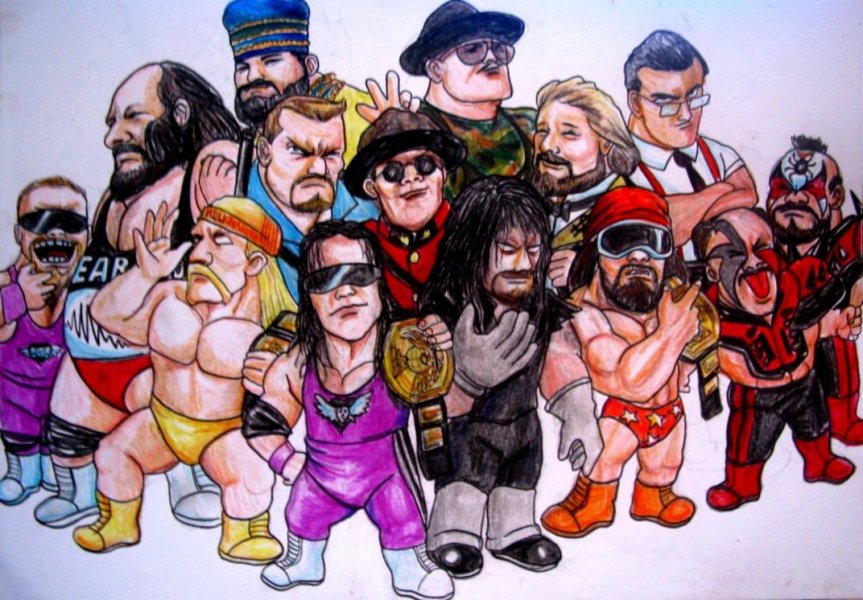 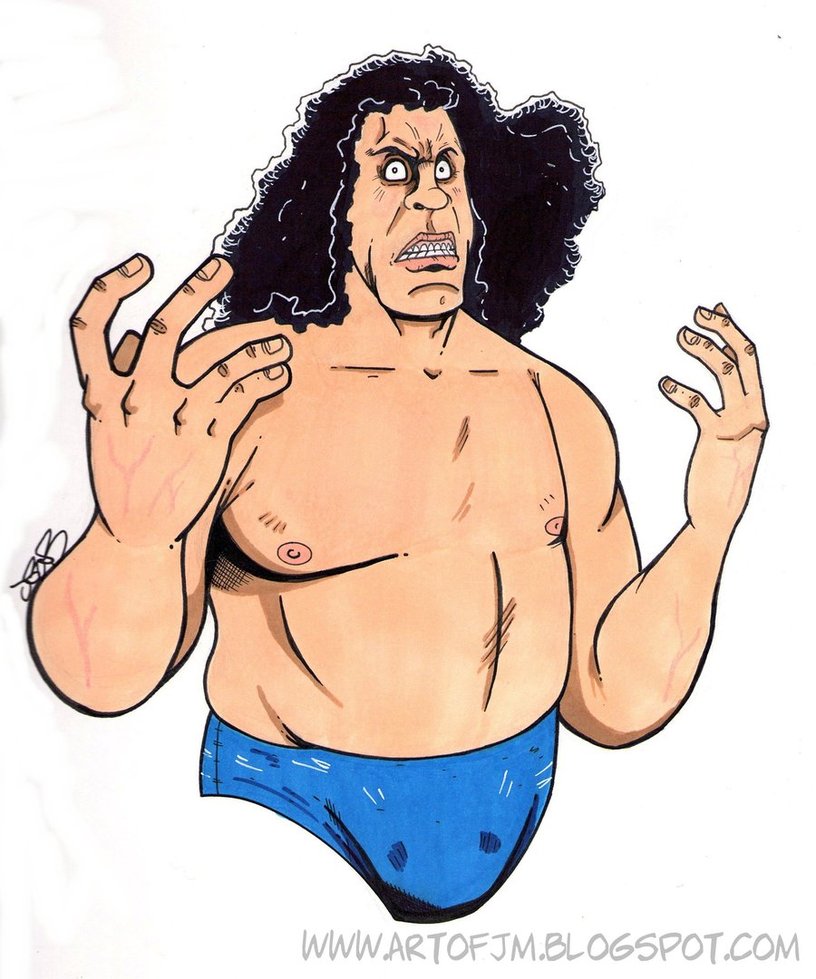 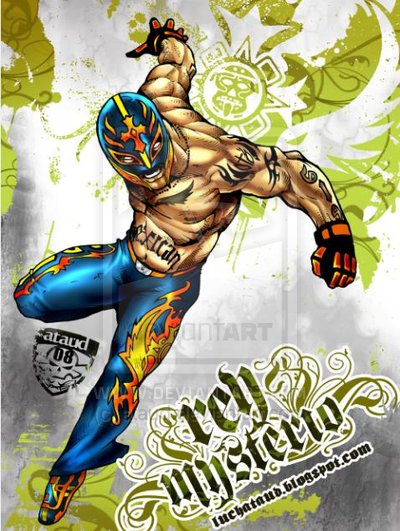 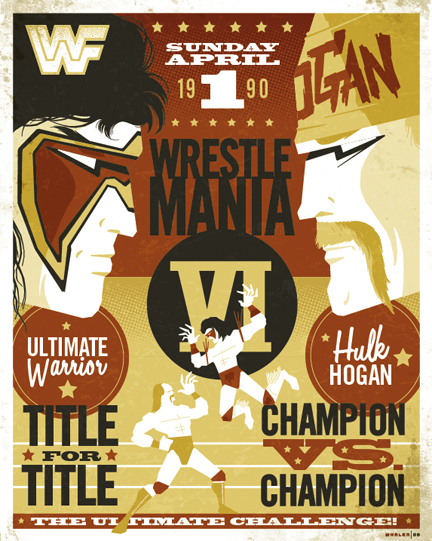